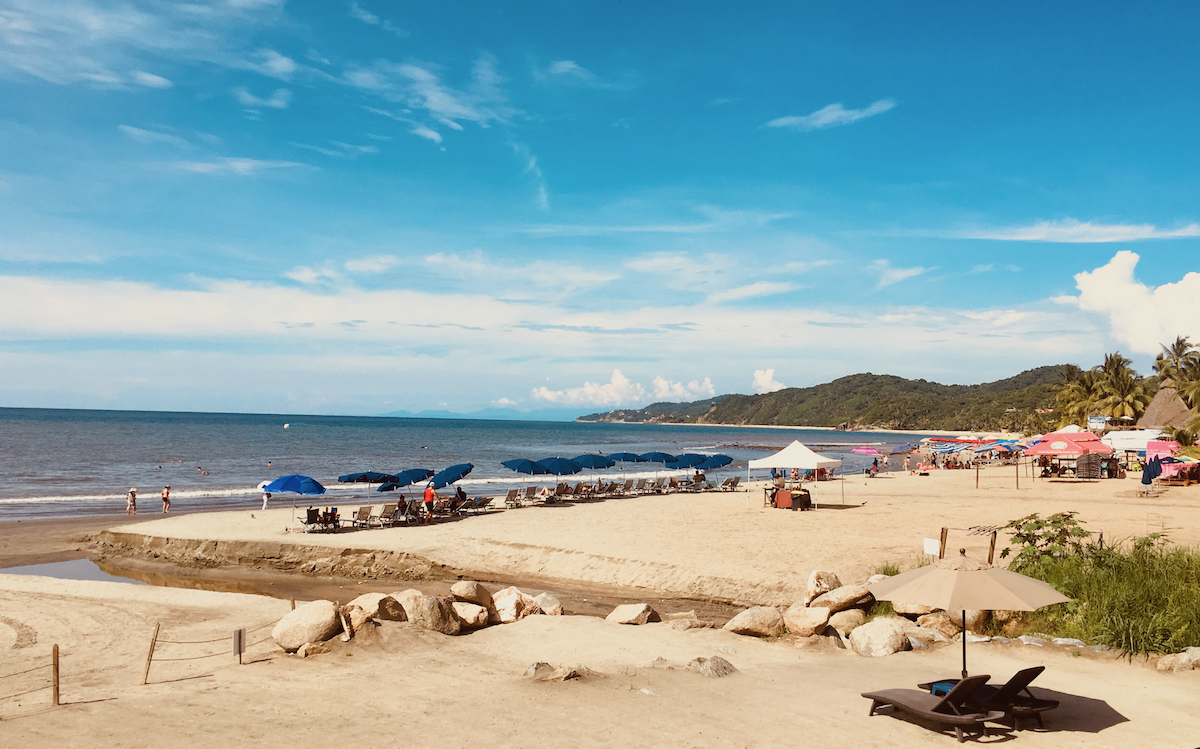 Photos we took in Sayulita Mexico, August 2017. All photos taken on an iPhone 6s.

In Sayulita, many of the walls have murals. Some are beautiful. 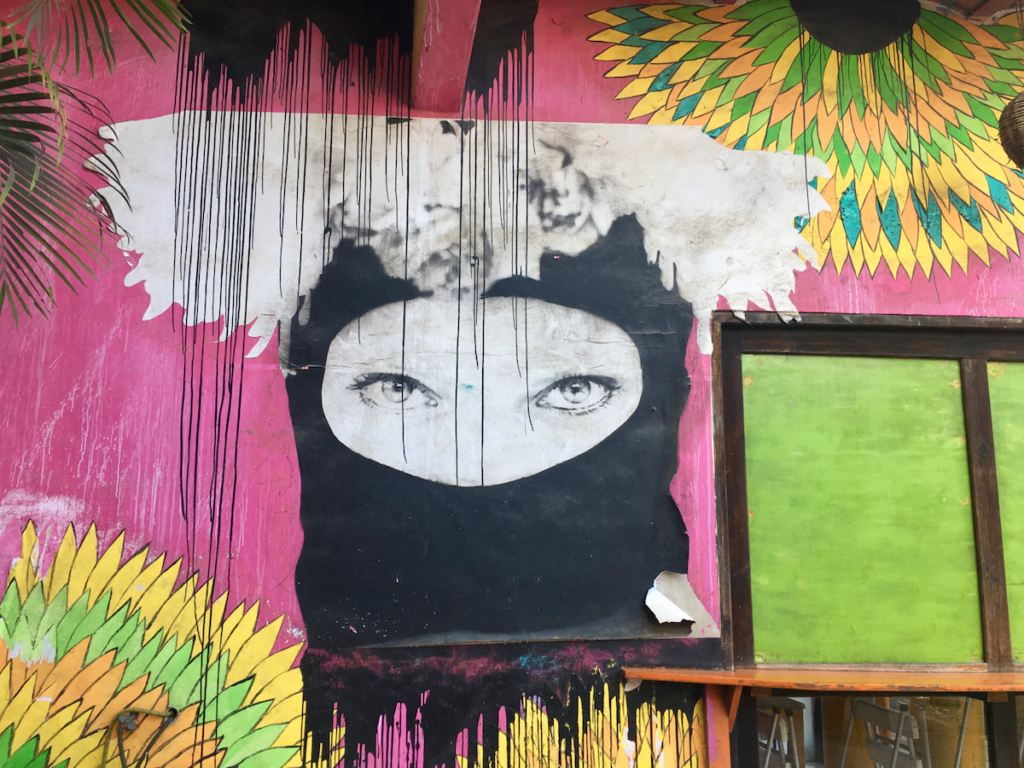 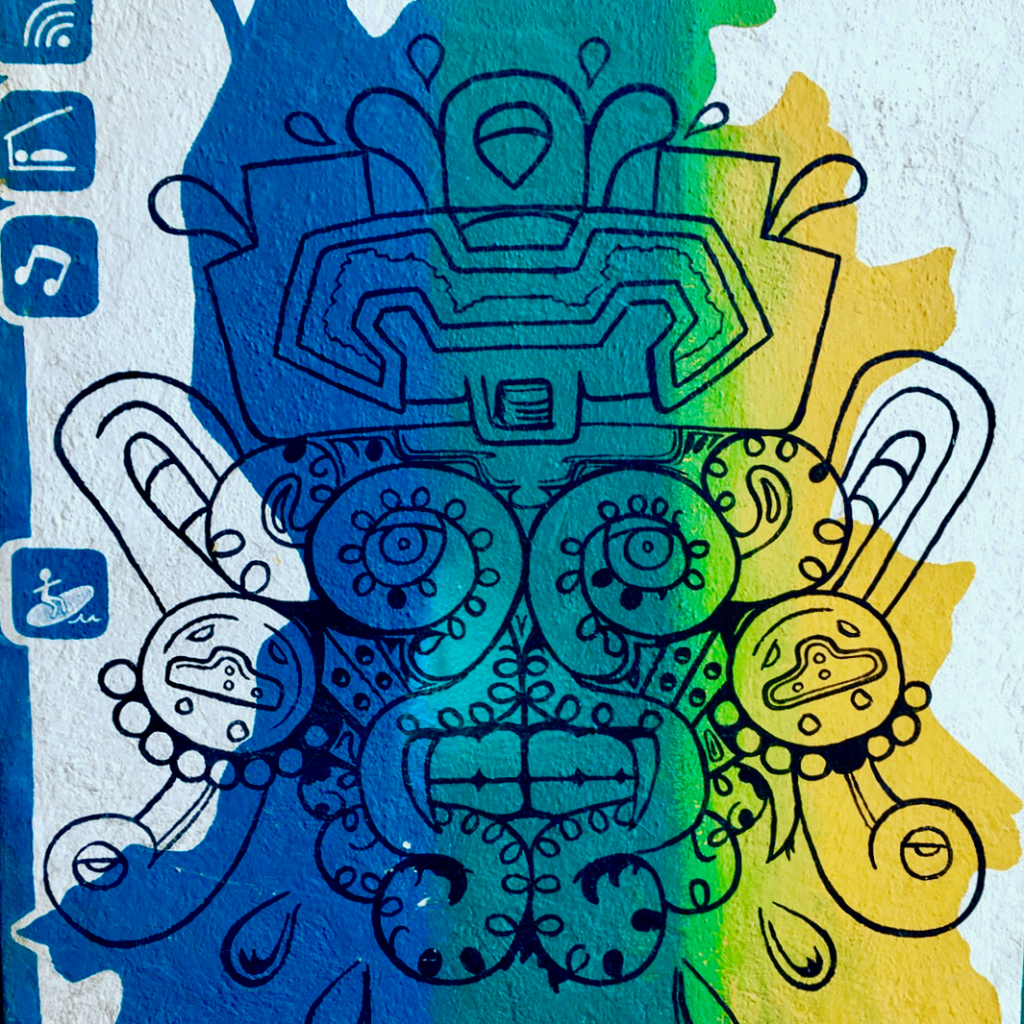 Roofs are either straw or Spanish tile with the occasional array of solar panels. We learned that like many towns in Mexico, water and power are intermittent luxuries. No one blinks when the lights flicker. 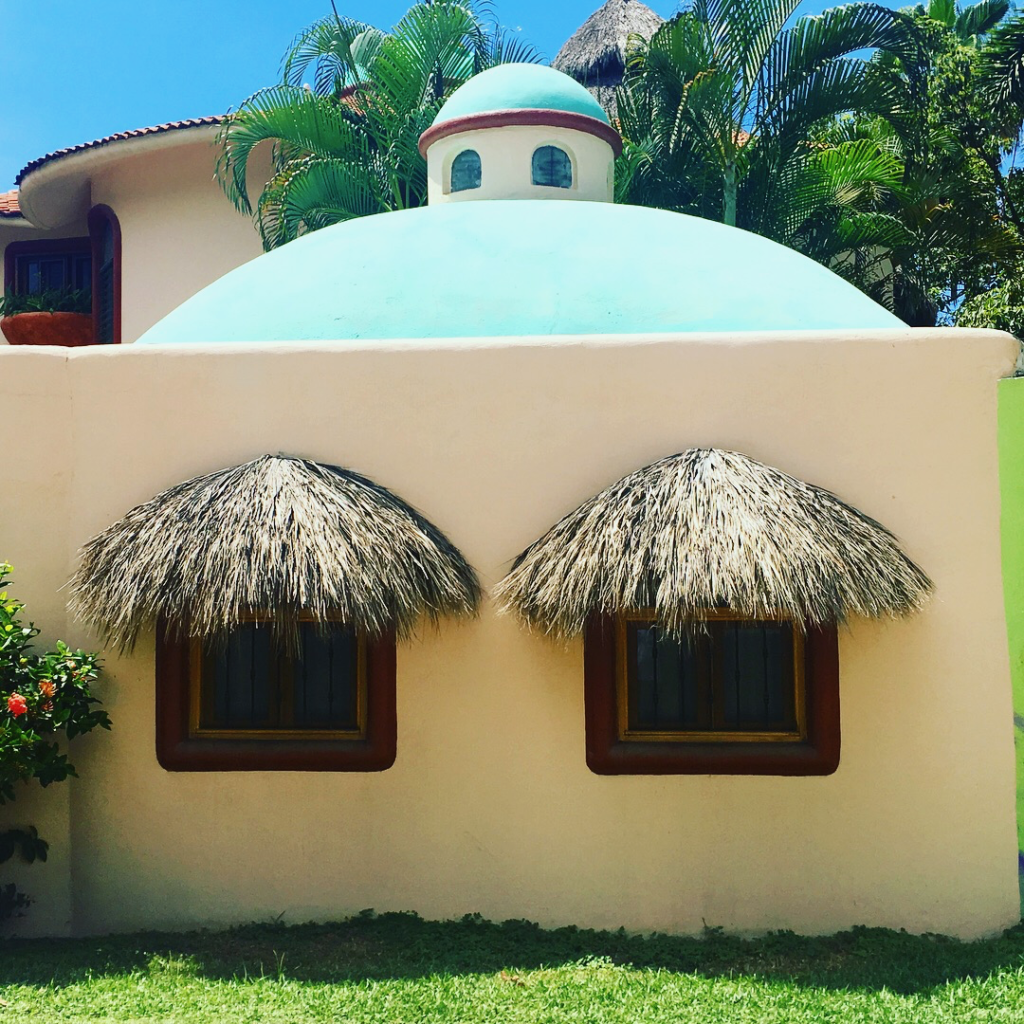 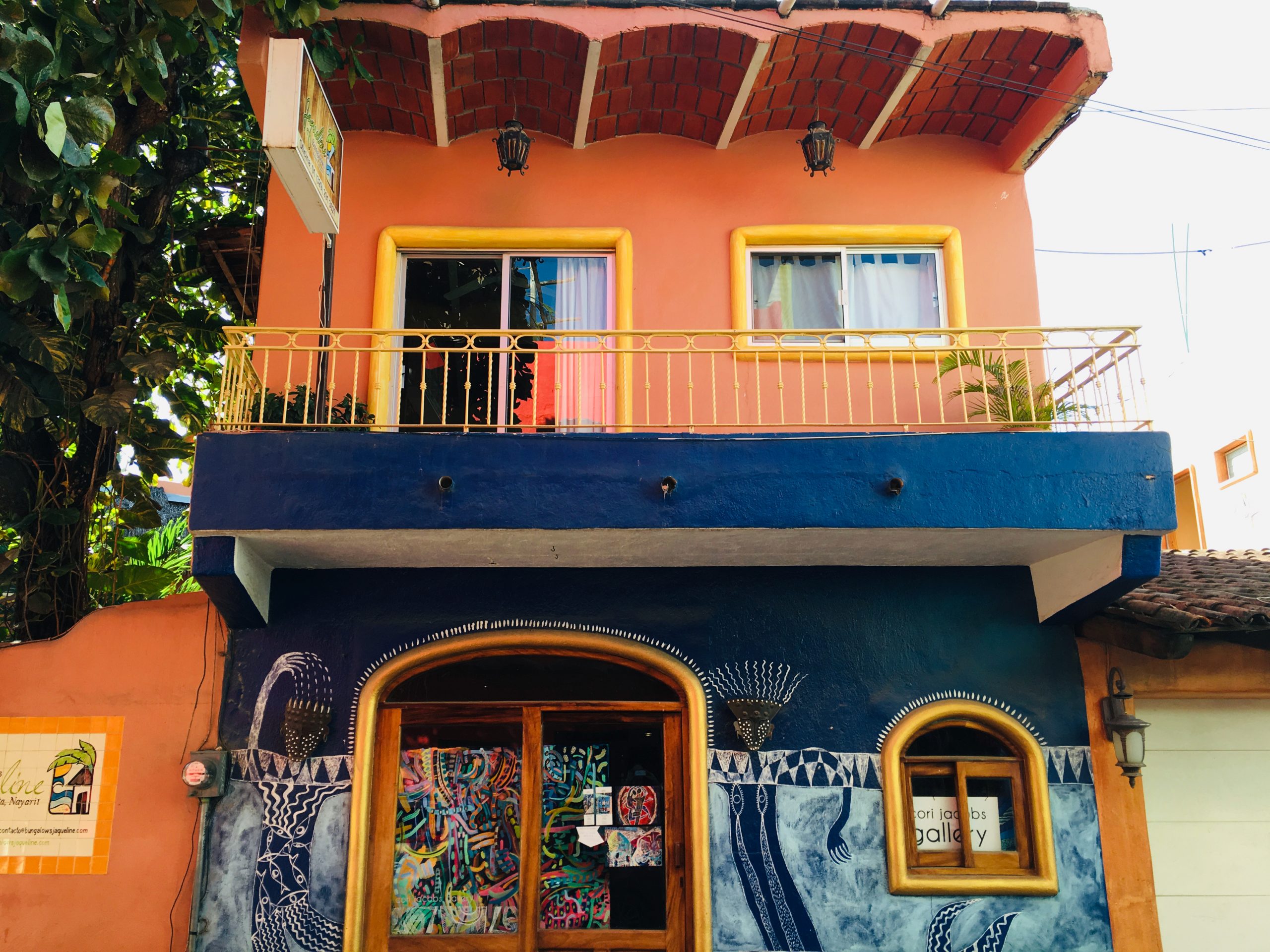 The ocean here is the blue of denim. And just as wrinkled.

We took a drinking cruise around the bay while pursued by dolphins. Plastic debris litters the Bay of Bandera. Water bottles. Tourist trash. It’s not overwhelming but certainly frequent enough to make you wonder about the state of the ocean in general.  Not that anyone really noticed. The boat operators were too busy dispensing endless trays of liquor to willing passengers. A college-aged girl spent most of the cruise curled in a ball vomiting and crying while her more sober friend brushed her hair.

At a stop in shallow cove on the bay’s south side, our host suggested we paddle board. He did so with ease while the rest of us sank into the salty surf. Below, colorful marine life. I wish I knew fish names. 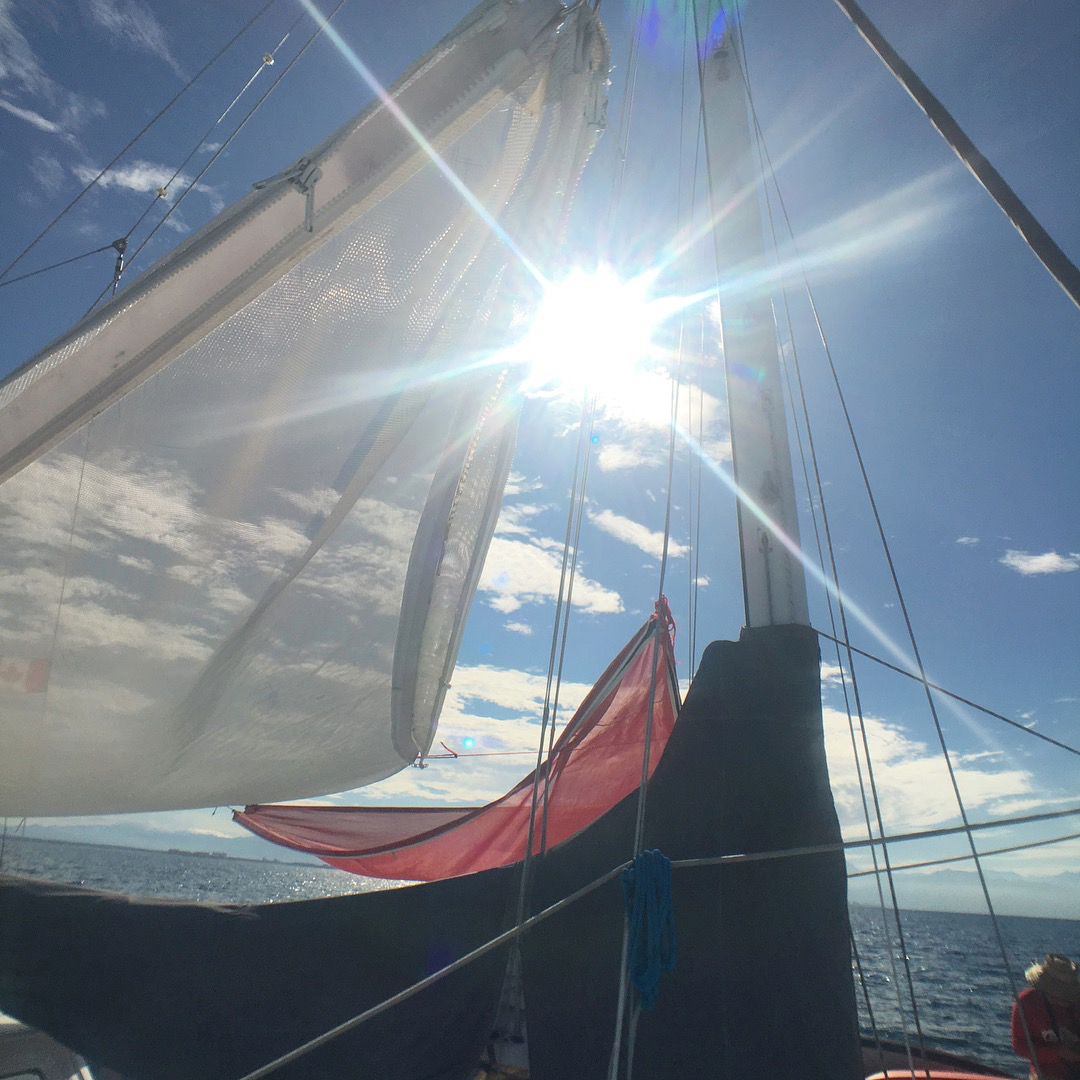 At night tattooed ravers spin poi on the beach. Blurs of light in the darkness. I learned this word, poi, from my nephew. Later we watched in awe as distant lightening flashed across the open water. 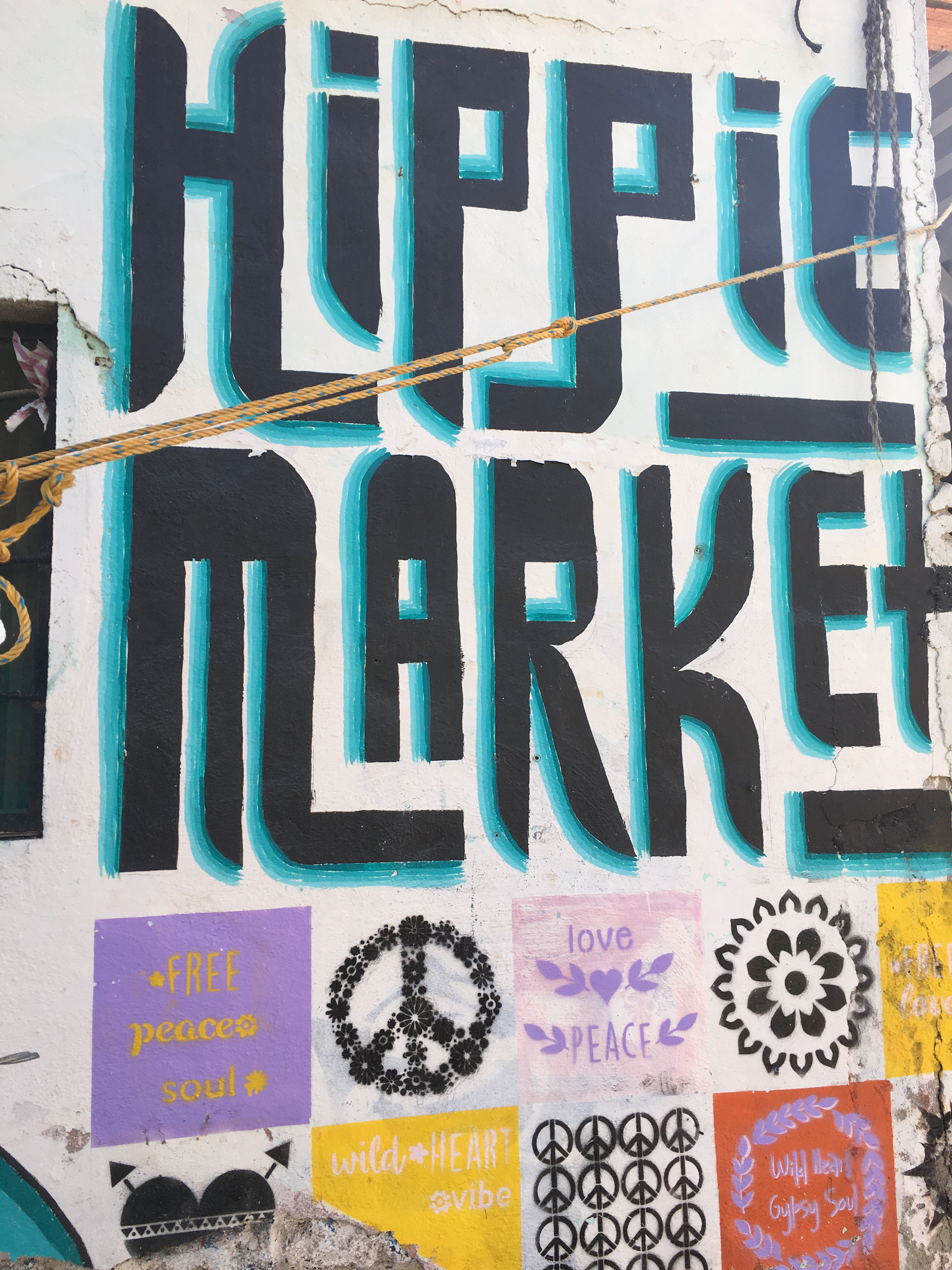 We met a twenty-something expat from New Zealand. She explained that Sayulita kept pulling her in. Two years here, she said. No plans of leaving. Her hair was the color of too much sun. 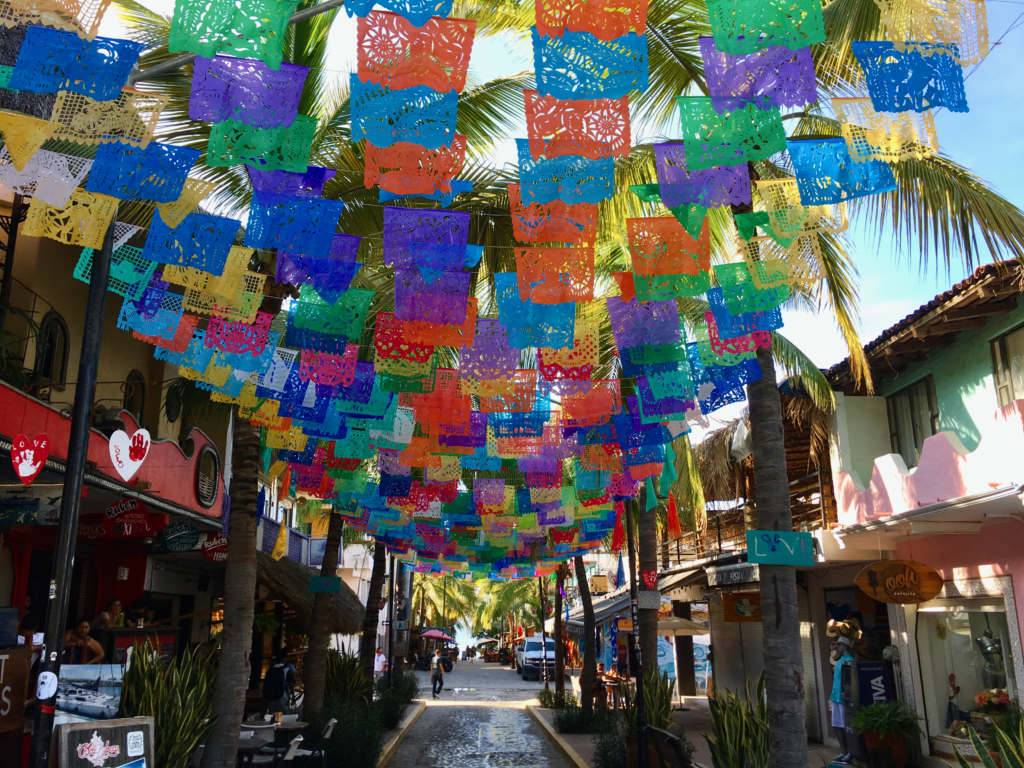 Thunderheads lingered off shore all week but it never rained. Walking through town I noticed that the main riverbed had dried up. Walking is something we did every day and it would leave you blinded by sweat. I so longed for a bandana. Or a hat. Or a wad of napkins for that matter. Corollary, we changed clothes often. Pack accordingly. 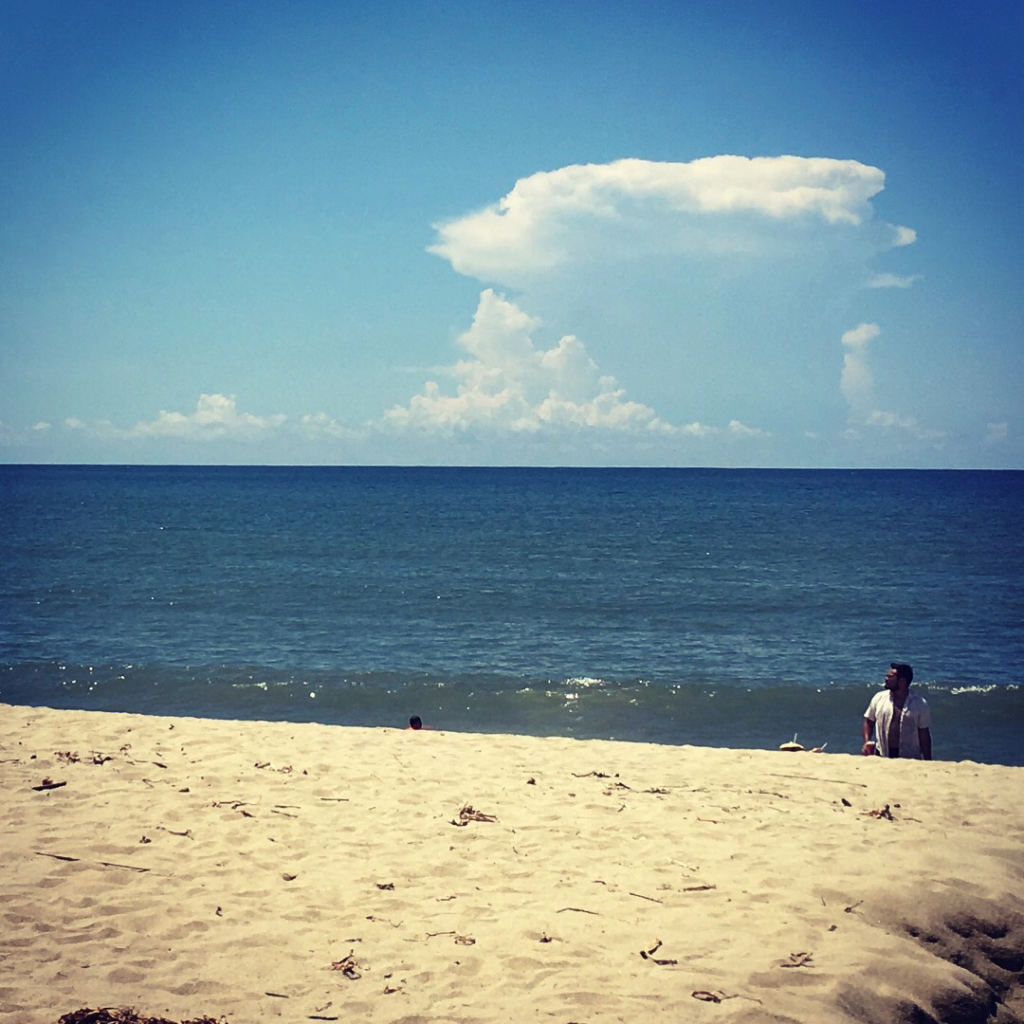 Apparently the tides had been mild all summer too. Surfing was replaced by paddle boarding. We saw a sign for surfing lessons from a place called “Get Up, Stand Up”. A logo of a Bob Marley on a paddle board. 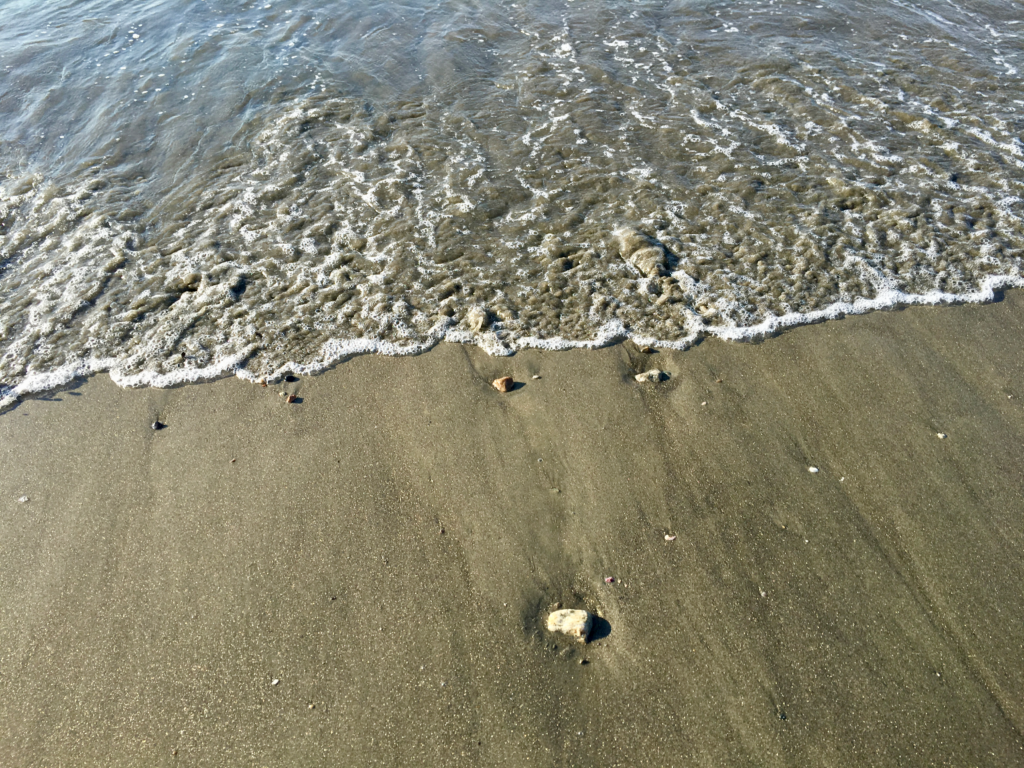 The beaches in Sayulita never seemed particularly crowded for that matter. While the classically tan shores were dotted with the occasional sunbather, roaming cigar dealers were more common. They seemed to operate as agents of a larger organization because when you waved them off, they’d lean in and whisper, Cocaine, Weed? 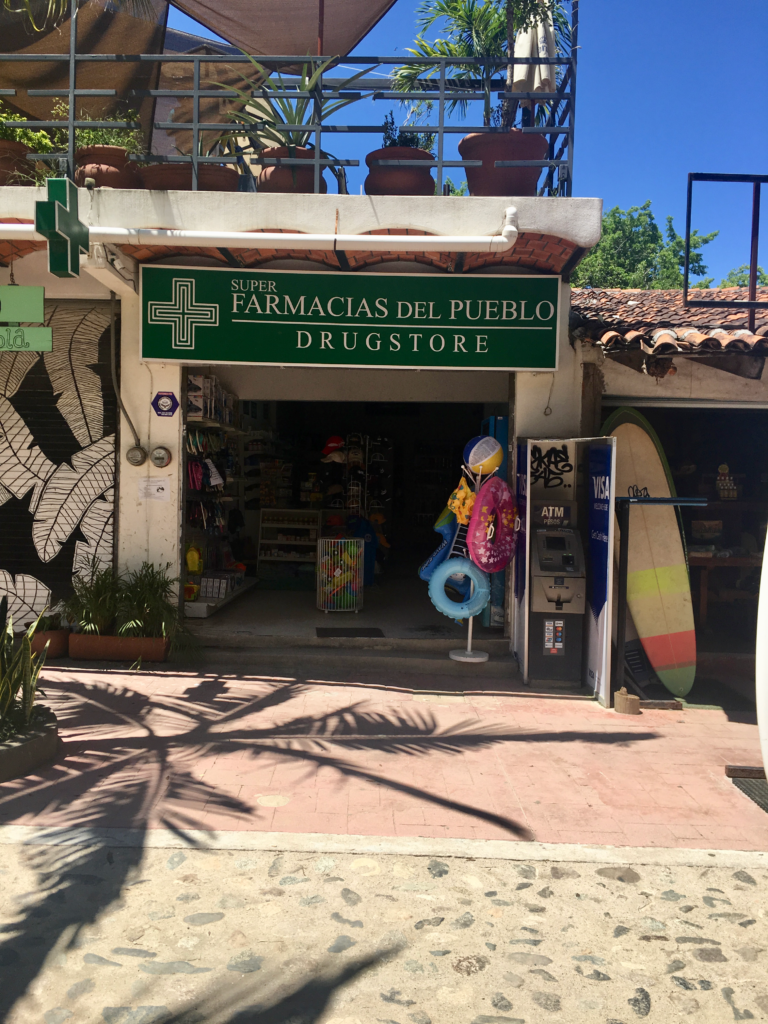 Related to this, the storefronts alternate between drink-to-go bars and farmacias. Inside these drugstores, women in lab coats will dispense Oxy and Xanax to anyone who asks. One assumes based on the sheer number of these stores there’s no shortage of inquirers.

The creep of original poverty seeps into these tourist districts. On the sidewalk, a baby slept on a towel with her mother who waved a cup for money. This while tourists in golf carts roared down mud streets waving umbrella drinks in return. 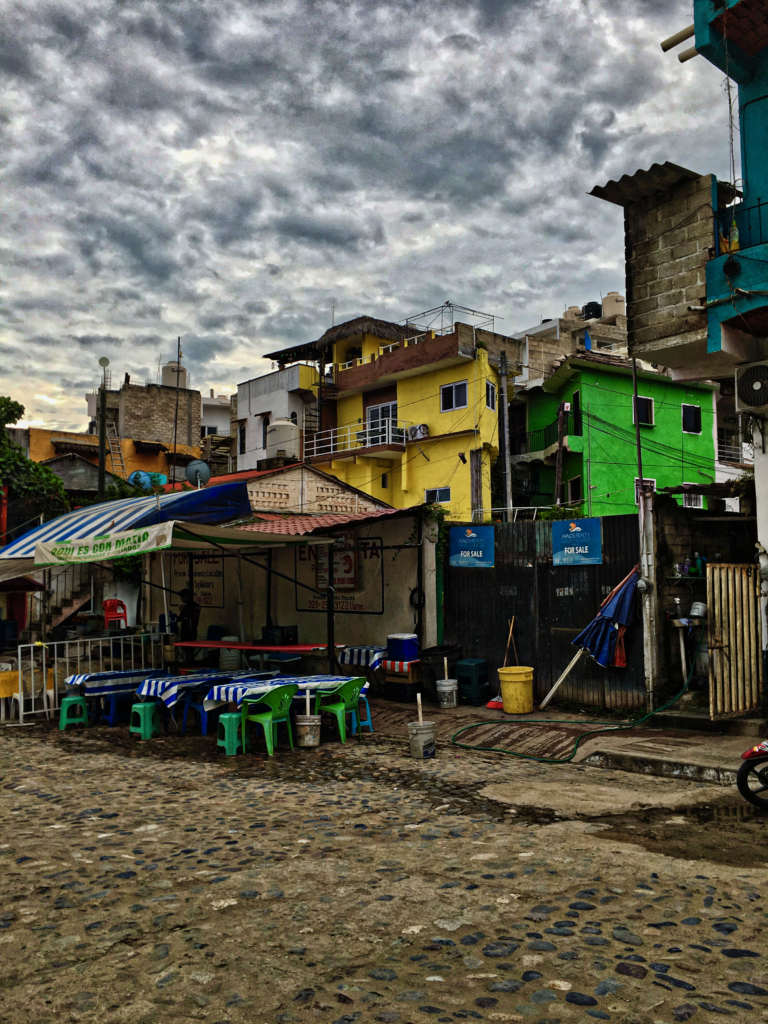 Our dinners were strangely extravagant. We ate Italian and French, never Mexican for some reason. The waiters at these places were proud. They would brag about their cuisine and ask about America. And the food did not disappoint; however, I snuck a fish taco when others were shopping in ‎⁨Cabo Corrientes and I have to say, it was better than a thousand pastas. 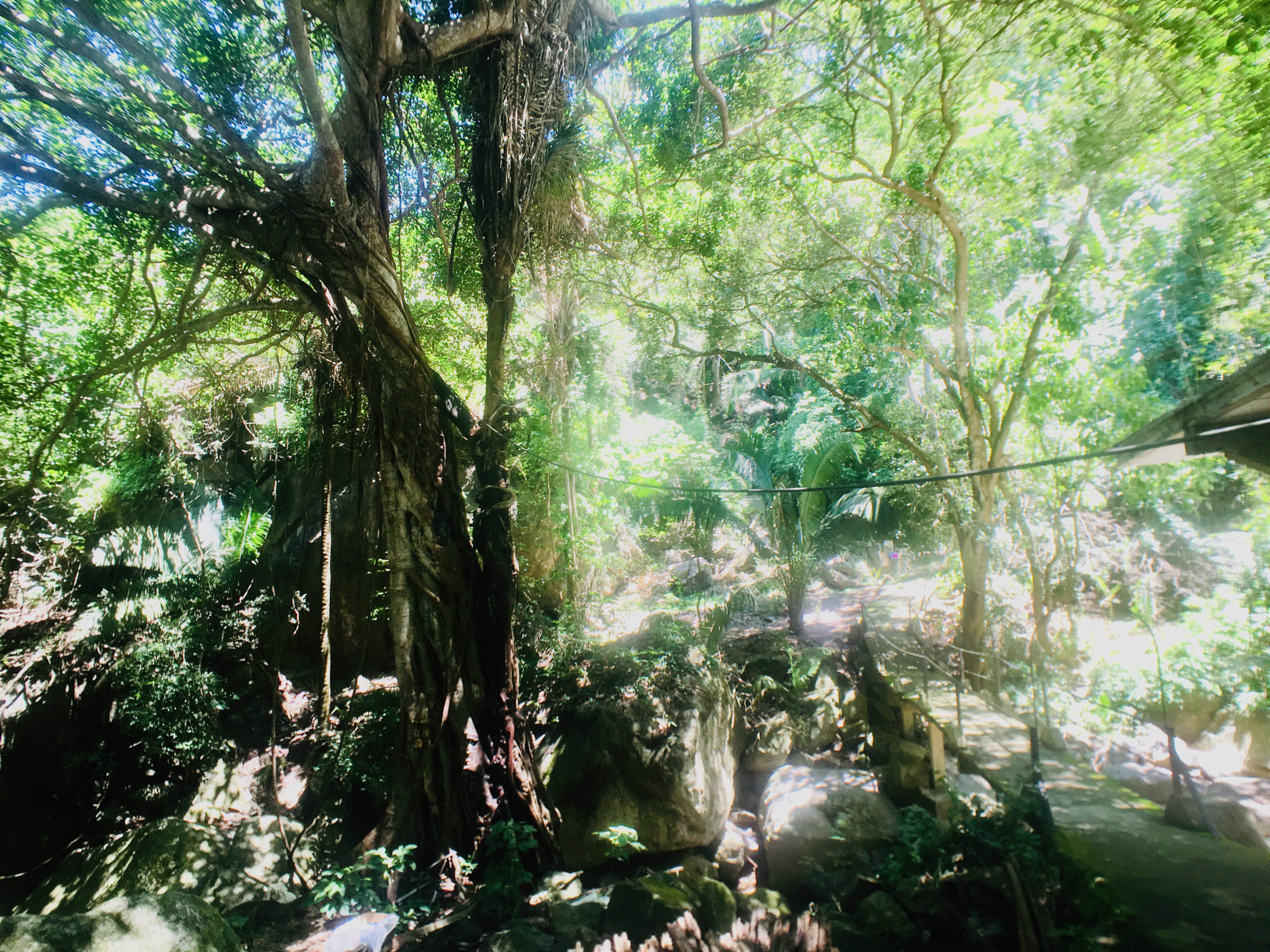 Worth noting: no one accepts Amex here and so we ATMed often. Three months later we discovered that our checking account had been hacked. Multiple charges from Mexico using our PIN.

From the deck of our beach house in Sayulita where we could hear the crash of waves from our bedroom. 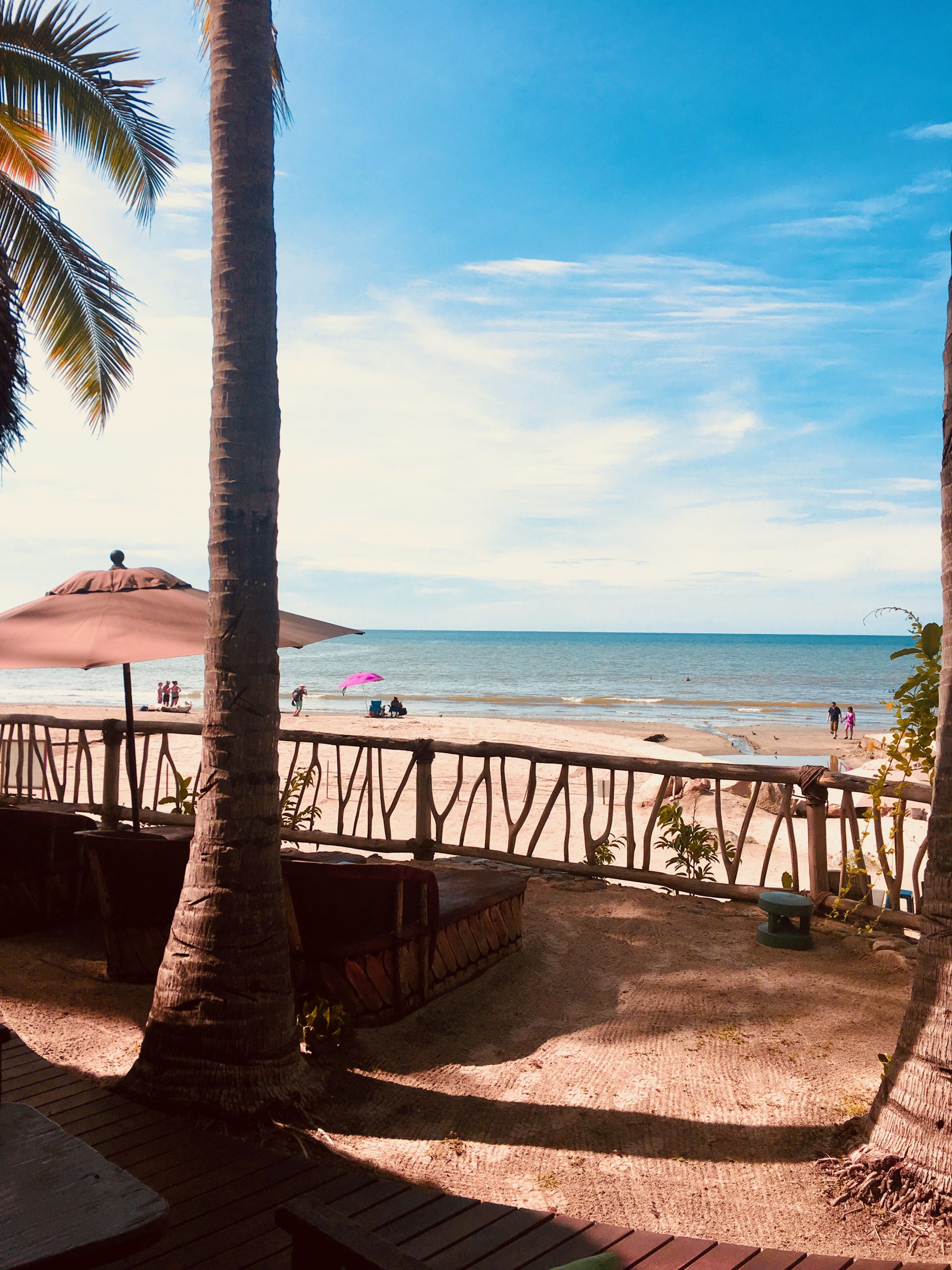 We watched the town recede and disappear as we ascended the hilly road back to Puerto Vallarta. So much to see here. So much beauty and culture. I hope to return to Mexico one day. In particular, I’d like to see Mexico City and the many interior regions. I’m particularly interested in Veracruz and its display of Olmec colossal heads.

This trip was a surprise birthday present from my sister-in-law and her partner. Much thanks to them both for taking us on this wonderful getaway 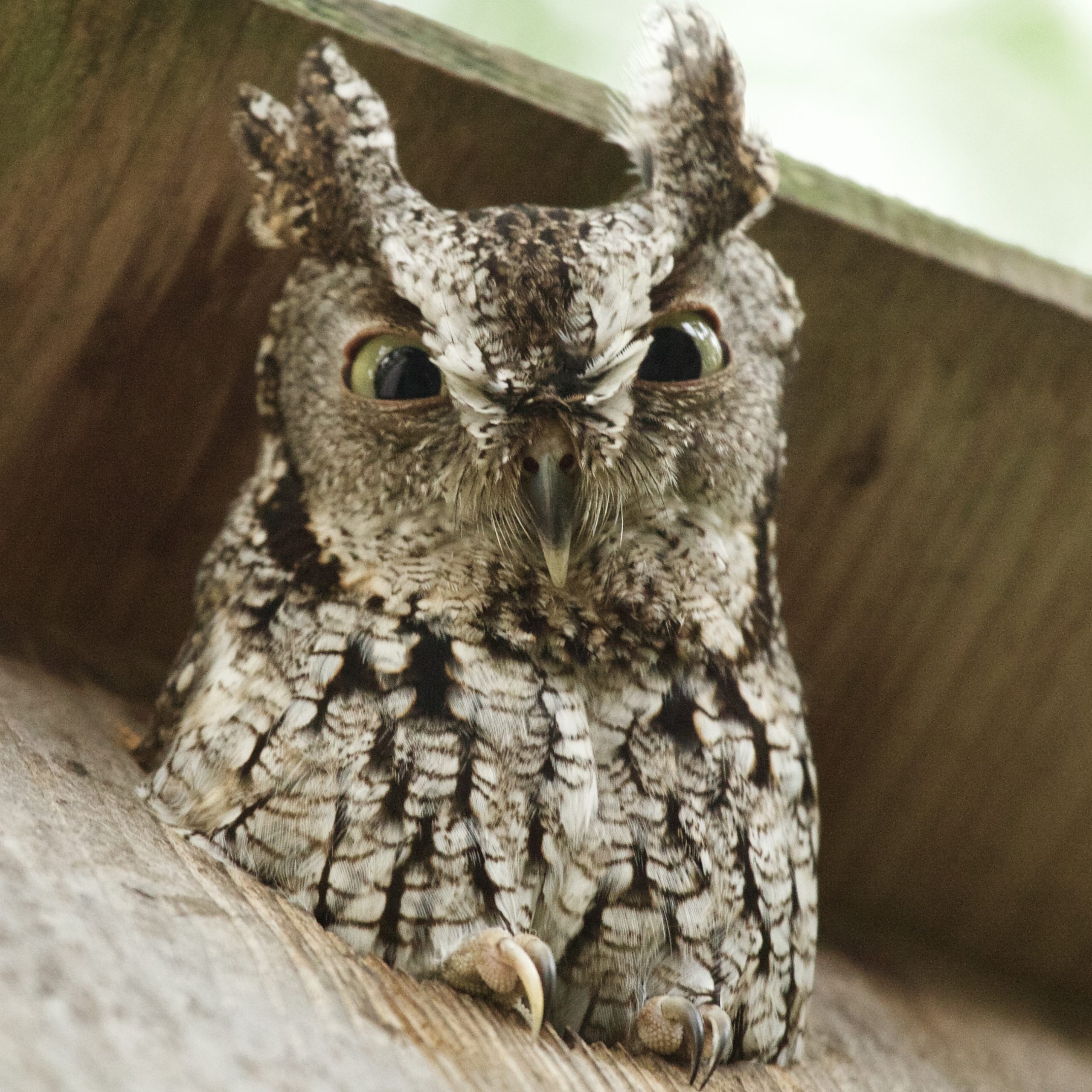 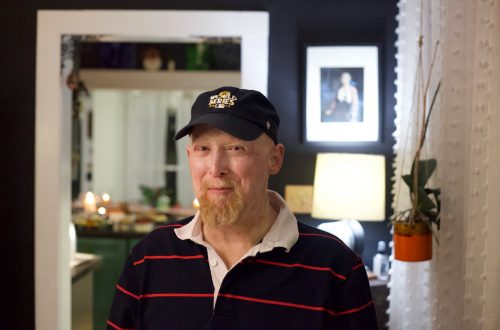 I Once Had A Bar in Texas