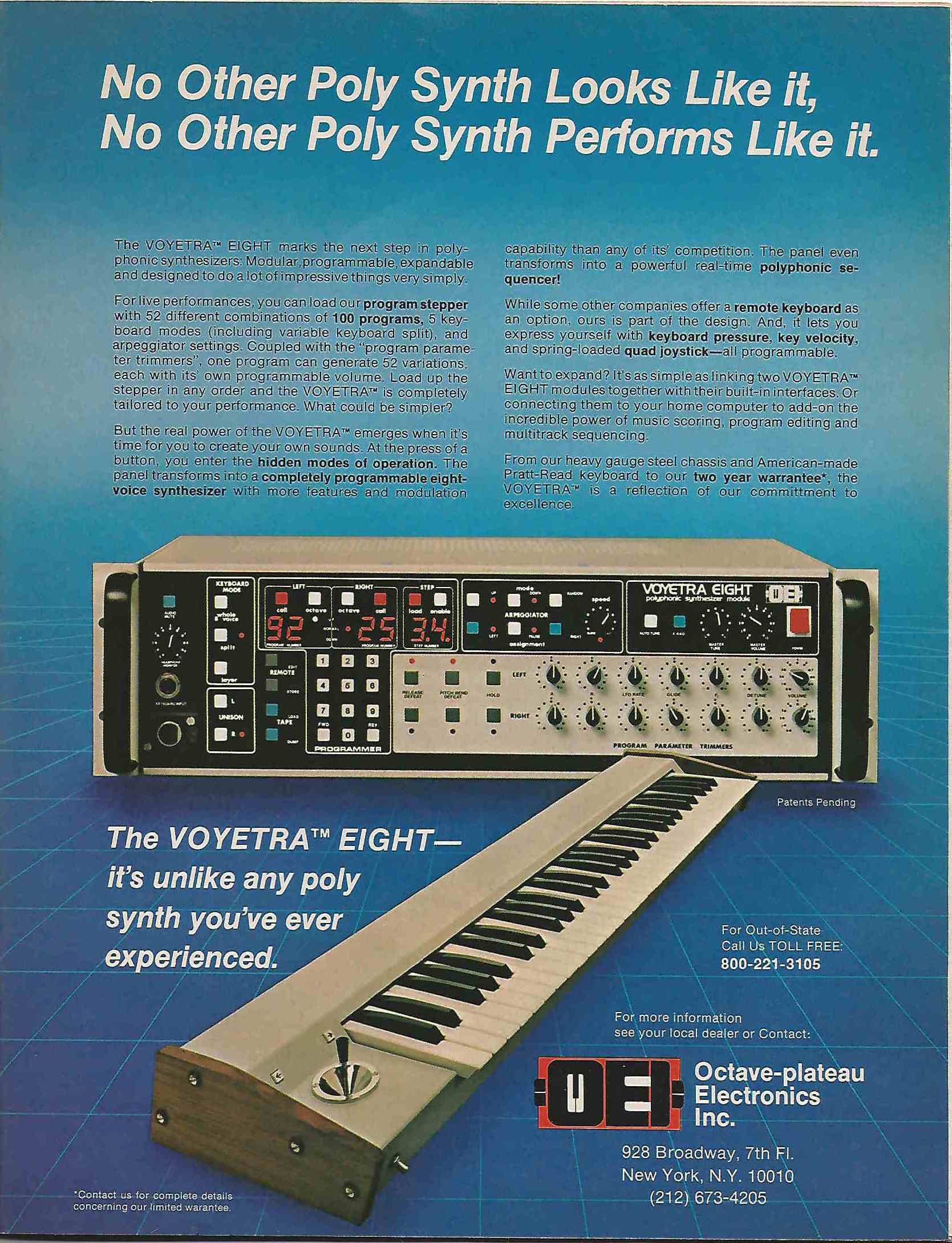 A Forgotten Gem: The Voyetra

In 1982, Keyboard magazine began running ads for a boutique synthesizer manufacturer named Octave-plateau (see below). Their offering, the Voyetra Eight, boasted a rack-mountable design instead of the more common stand-alone wooden console. It was an innovation that wouldn’t become mainstream for another decade. Perhaps owing to the unusual design, or perhaps the price, the machine never fared that well. It was simply too far ahead of its time.

These appearance issues belied the fact that the Voyetra Eight was actually one of the best sounding machines of its era. Today, they’re almost impossible to come by since so few were sold. Worse yet, getting those that do exist repaired and playable is even more of a challenge. Fortunately, one such Voyetra was resurrected. Its owner posted this wonderful video demonstrating its rich, sonic abilities.

Here’s a scan of those ads from one of my old magazines.